Christmas Wedding at the Grand! It was a beautiful day to say “I DO” at The Grand America Hotel here in Salt Lake City on the day after Christmas! The flowers showcased were fabulous peonies, antique roses, ranunculus, hydrangea, silver brunia, scabiosa, Dusty Miller, Queens Ann Lace, with touches of silver and gems. It was the perfect mix for a festive holiday wedding! END_OF_DOCUMENT_TOKEN_TO_BE_REPLACED

Transform Your Table with a Unique Floral Christmas Centerpiece

Christmas is a time to celebrate the birth of our saviour Jesus Christ with our loved ones. Coming together to Remember Him is an important part of celebrating Christmas together as a family.

A key part of the celebration takes place at the dining table. Transforming your table with a unique floral Christmas centerpiece will not only help to create a festive atmosphere but will be a talking piece among your guests.

Brown Floral has selected some of the most unique Christmas centerpieces aimed to give you inspiration this festive season. END_OF_DOCUMENT_TOKEN_TO_BE_REPLACED

10 Christmas Wreaths to Inspire You

Christmas wreaths have a long history. Originating from the Romans, wreaths first adorned door places as a sign of status and victory in ancient times. Considered a symbol of pride, the women wore wreaths on their heads, particularly at weddings and other special events. Additionally, laurel wreaths were the awards handed out by the Greeks during the Ancient Olympic Games.

Over time, wreaths were made for Christmas. The circle represents Christ’s eternal love, new life and strength. Traditionally made by bending and twisting evergreen branches into a circle, the wreath is then decorated. The heartiness of the evergreen during winter contributes to an added meaning of the wreath; immortality.

With the ability to customize wreaths to match Christmas themes, the wreath makes a popular choice as a decoration during the festive season nowadays. Collated from Pinterest, here are some of Brown Floral’s favourite Christmas wreaths to inspire you this holiday season. END_OF_DOCUMENT_TOKEN_TO_BE_REPLACED

Bringing Family Together This Thanksgiving with Flowers

Thanksgiving was first celebrated in November 1621 between Plymouth colonists and the Wampanoag Indians where together they shared the first successful corn harvest by the pilgrims, among other traditional foods from the Wampanoag people.  It continued to be celebrated by individual colonies and states before being declared a national celebration by President Lincoln in 1863 during the civil war.Thanksgiving is a time for loved ones to come together, celebrate and show gratitude. With dining tables around America laden with delicious food and all the trimmings, Thanksgiving is the last opportunity to decorate your home before the Christmas festivities commence. Why not do this with flowers?

If you are not able to attend a friend or family member’s Thanksgiving celebration, you might like to show them your love by sending them a specially designed floral arrangement or bouquet.

Brown Floral are the flower specialists in Salt Lake City and have been for over a century. With our expertise and the ability to deliver nationwide, the Thanksgiving floral range at Brown Floral is guaranteed to have something to suit every celebration.

END_OF_DOCUMENT_TOKEN_TO_BE_REPLACED

We participated in a fun event today at the Viridian Event Center. It was Governor Herbert’s Lunch to honor all of our wonderful Centenarians! We loved providing the colorful Gerbera corsages and boutonnieres  that brightened the day for such amazing individuals that have seen a whole lot of history! Congratulations to all our friends that entered the world in 1915, the same year the Brown Floral! We love, love, love sharing our birthday with you beautiful people! 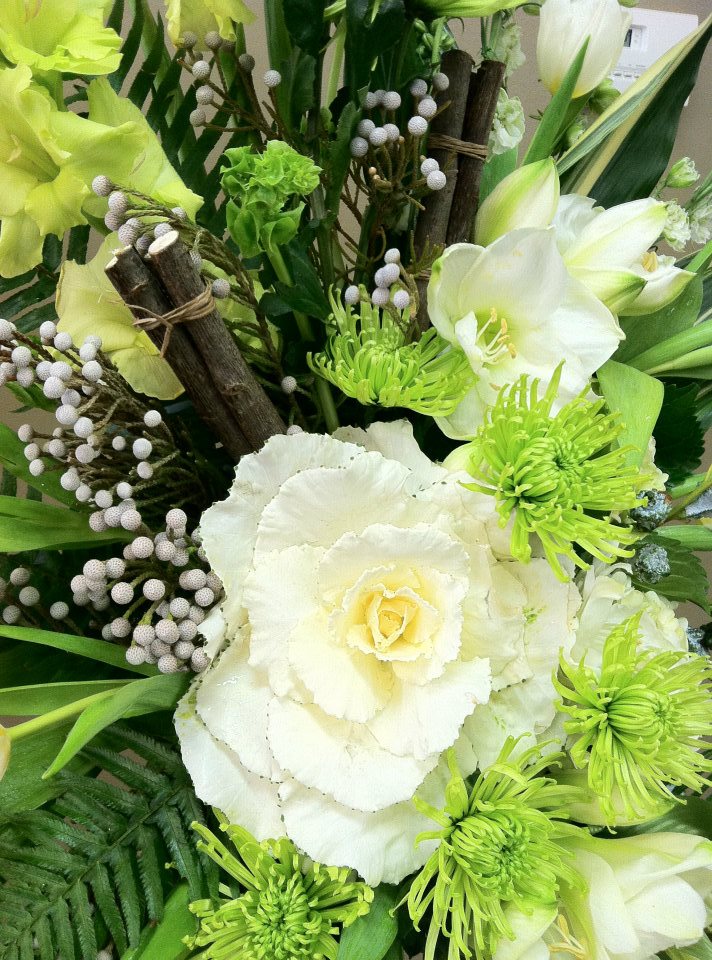 Flowers have played an important role in many cultures for centuries. The ancient Egyptians, Romans, Greeks and Chinese all used flowers as a way to communicate stories, myths and legends. Flowers were particularly important to ancient Greeks as they were often associated with mythical gods.  With the discovery of flower remnants throughout burial sites in caves in the Middle East that were dated more than 60,000 years old, this confirms flowers have been used by humans in farewell rituals for thousands of years. END_OF_DOCUMENT_TOKEN_TO_BE_REPLACED

There are some occasions in life when the flowers you receive are extra special. Whether it is your wedding day, an anniversary or even a flower given to you by a child, a great alternative to drying them is to try flower pressing. END_OF_DOCUMENT_TOKEN_TO_BE_REPLACED